Nature, ecology, and landscape are important reference concepts for landscape architecture. Traditionally, all three have been considered polar opposites from culture or humanity, in a dualistic relationship. With regard to the latter two, this position has changed ecology has been conceptualized as something cultural that can be designed by humans, and a similar shift has occurred with the traditional understanding of ‘landscape’; for example, with recent definitions by J. B. Jackson as a man-made, artificial system, or by the European Landscape Convention as ‘the result of the action and interaction of natural and/or human factors’. A like integrative understanding of ecology and landscape has also been proposed in landscape architectural theory (as well as in philosophy) for some decades now, serving as the foundation for new movements, such as landscape urbanism or ecological urbanism. Yet nature, the most far-reaching of the three concepts, is still mainly understood in the traditional way. Nature is seen as a counterpart to human culture, as something independent from human influence a concept that has dominated the Western world since Aristotle. But, is this a problem? It would be if this type of nature -something independent from human influence- no longer existed, which is precisely what many philosophers or scientists propose today.

According to philosopher Slavoj Zizek, ‘Today, with the latest biogenetic developments, we are entering a new phase in which nature itself melts into air: the main consequence of the breakthroughs in biogenetics is the end of nature. Once we know the rules of nature’s construction, natural organisms are transformed into objects amenable to manipulation. Nature, human and inhuman, is thus “desubstantialized”, deprived of its impenetrable density’.

Martin Prominski, Andscapes: Concepts of nature and culture for landscape architecture in the ‘Anthropocene’ (2014)

Inspired by the nearby mountain range, Khao Yai, Thailand’s largest rain forest, the landscape is created as the link between the architecture and Nature. Instead of trying to produce a faked natural forest, the architecture is interpreted as big trees while the landscape represents the green areas underneath. Working with different qualities of sunlight, the landscape solution successfully introduces the man-made sustainable forest, which inspires the residents to understand and appreciate what Nature is all about.

What is this thing called theory, and what does it do? James Corner has highlighted the contrast between two fundamentally different roles of theory. On the one hand, theory can generalize and codify knowledge, as a basis for practical action. This corresponds to the type of theory described by Garrett Eckbo in “Landscape for Living”, as “the generalization of social experience”. Such instrumental theory is typically derived from empirical observation. For example, Joan lverson Nassauer’s development of the concept of “cues for care” as a means to “frame” ecological restoration projects in a culturally acceptable way was developed from surveys of the attitudes of Midwestern farmers. Theory can also evolve from practical experience. The staged approach to site planning, codified into a set of principles by Kevin Lynch and John Ormsbee Simonds, is one of the most widely used theories in landscape architecture. It illustrates the way that such theory can provide a stable and coherent framework for a discipline.

On the other hand, theory can have a more critical role, which resists and challenges taken-for-granted ways of thinking, and puts forward alternatives. Elizabeth Meyer’s exploration of landscape architecture as other is an example of a critical theory. It challenges the modern view of landscape as a largely passive setting (or ground) for architecture, and instead argues for landscape architecture as an autonomous design practice expressing its own language of space and form. A second example of a critical theory is Corner’s advocacy of “recovering” landscape, with a consequential recasting of its role from being a passive product of culture to become an active and strategic agent of culture. Theoretical work that critiques current knowledge in this way disrupts and destabilizes the discipline, stimulating a search for new forms of knowledge and new ways of working.

Another potential role for theory lies between these two positions. Corner referred to the hermeneutic tradition of interpretation, and interpretive theory is well recognized in related disciplines as a form of knowledge that does not attempt to predict and control the world in the same way as instrumental theory, yet neither is it as disruptive as critical theory. Instead, an interpretive theory helps us better understand a situation, without necessarily changing it. Much of the knowledge of landscape history expressed in J. B. Jackson’s work is interpretive in this sense.

Simon Swaffield, Introduction to Theory in Landscape Architecture. A Reader (2002)

A landscape is not a natural feature of the environment but a synthetic space, a man-made system of spaces superimposed on the face of the land, functioning and evolving not according to natural laws but to serve a community. 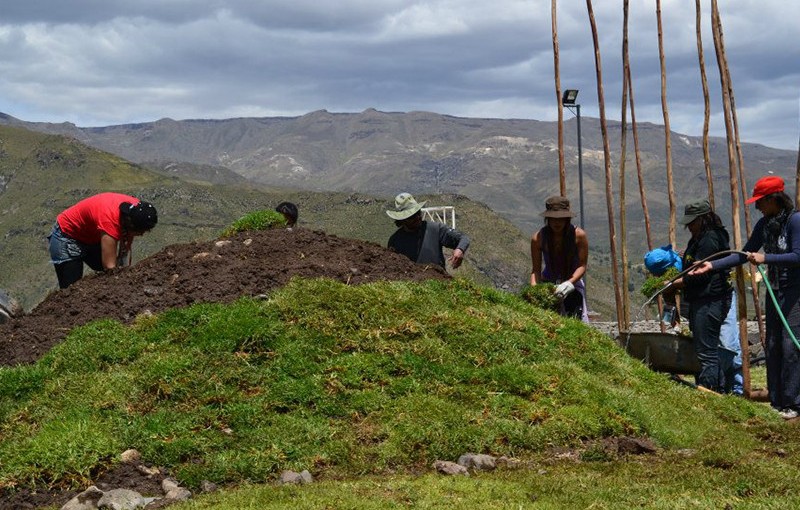 The older I grow and the longer I look at landscapes and seek to understand them, the more convinced I am that their beauty is not simply an aspect but their very essence and  that beauty derives from the human presence. For far too long we have told ourselves that the beauty of a landscape was the expression of some transcendent law: the conformity to certain universal esthetic principles or the conformity to certain biological or ecological laws. But this is true only of formal or planned political landscapes. The beauty that we see in the vernacular landscape is the image of our common humanity: hard work, stubborn hope, and mutual forbearance striving to be love. I believe that a landscape which makes these qualities manifest is one that can be called beautiful.